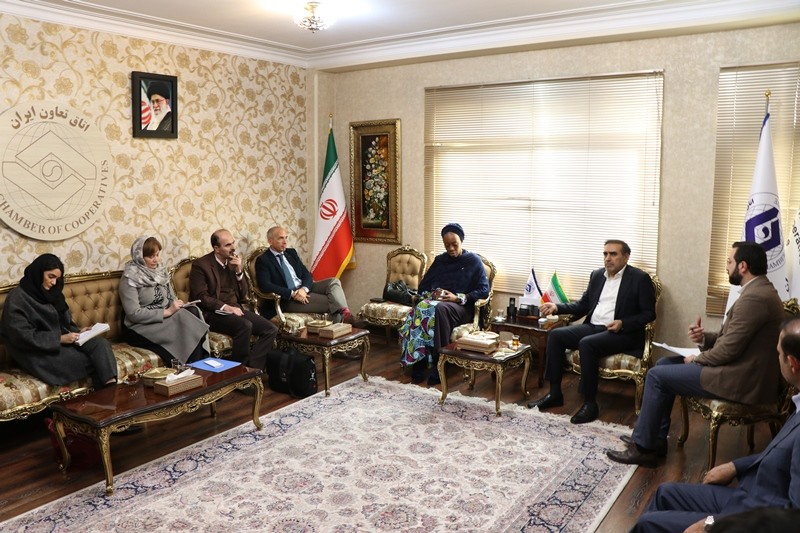 He continued: “Due to the broad goal setting for development of the cooperative sector, Iran Chamber of Cooperatives owns seats and votes in all national and main councils of the country and its membership in these councils indicates the importance of  cooperative in Iran.”

He referred to the population coverage of the cooperative sector in the country and said: ” Almost half of our population are either cooperative members or receive services from this sector.”

She said:” The UN’s main focus is not just on the cooperative sector and  its social dimensions are also important. The UN representative said: “We have set four main goals of health, the environment, the resilient economy and the fight against drugs in Iran.”

She continued :” Social protection of the vulnerable people is one of our priorities and we try to use the capacity in order to develop  employment.”

He added:” “In current situation where the economy is suffering from cruel sanctions, cooperatives, as in the past  are ready to carry out their social mission, such as providing basic commodities for people , women’s employment and empowering in various sectors of the economy.”

Mr .Abdollahi noted :” In this regard, Iran Chamber of Cooperatives is ready to form a joint working group with the aim of carrying out joint projects with the UN and UNDP in the field of cooperatives.”